Skip to main content
You are the owner of this article.
Edit Article Add New Article
You have permission to edit this article.
Edit
Home
e-Edition
News
Diversions
Columnists
Multimedia
Obituaries
Classifieds
Share This
1 of 7 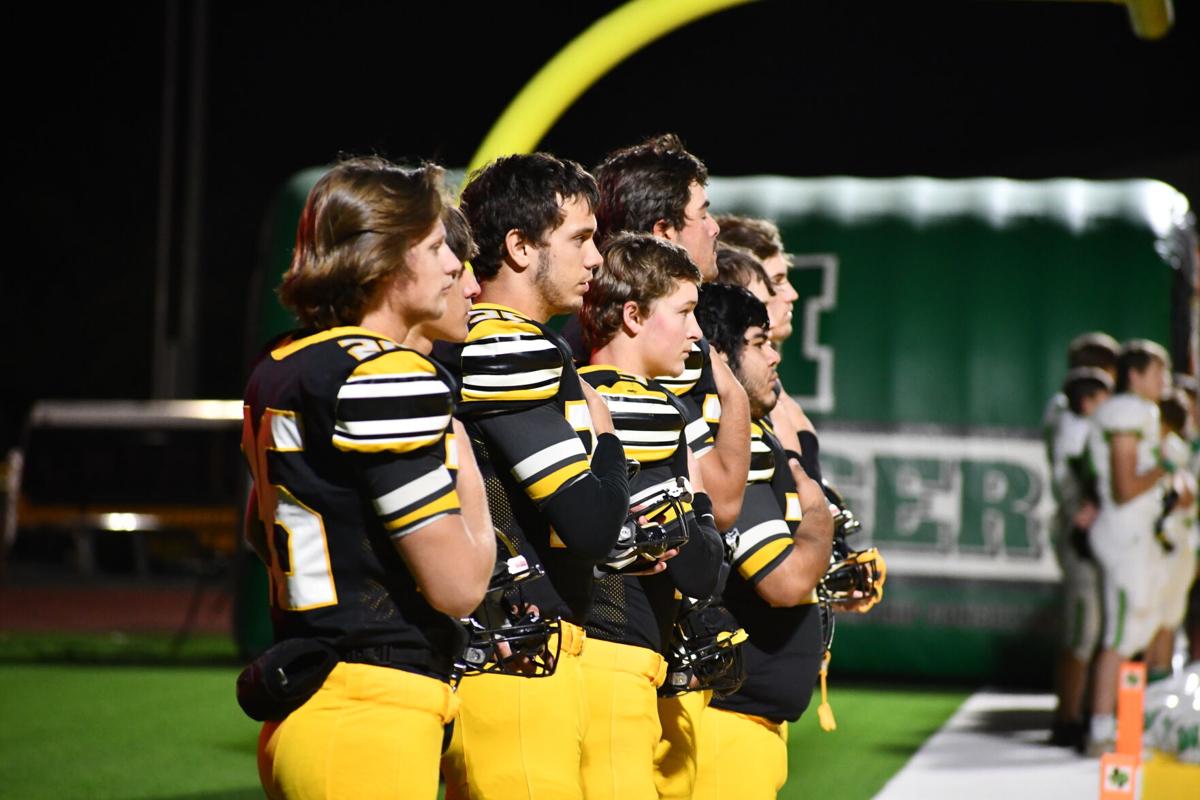 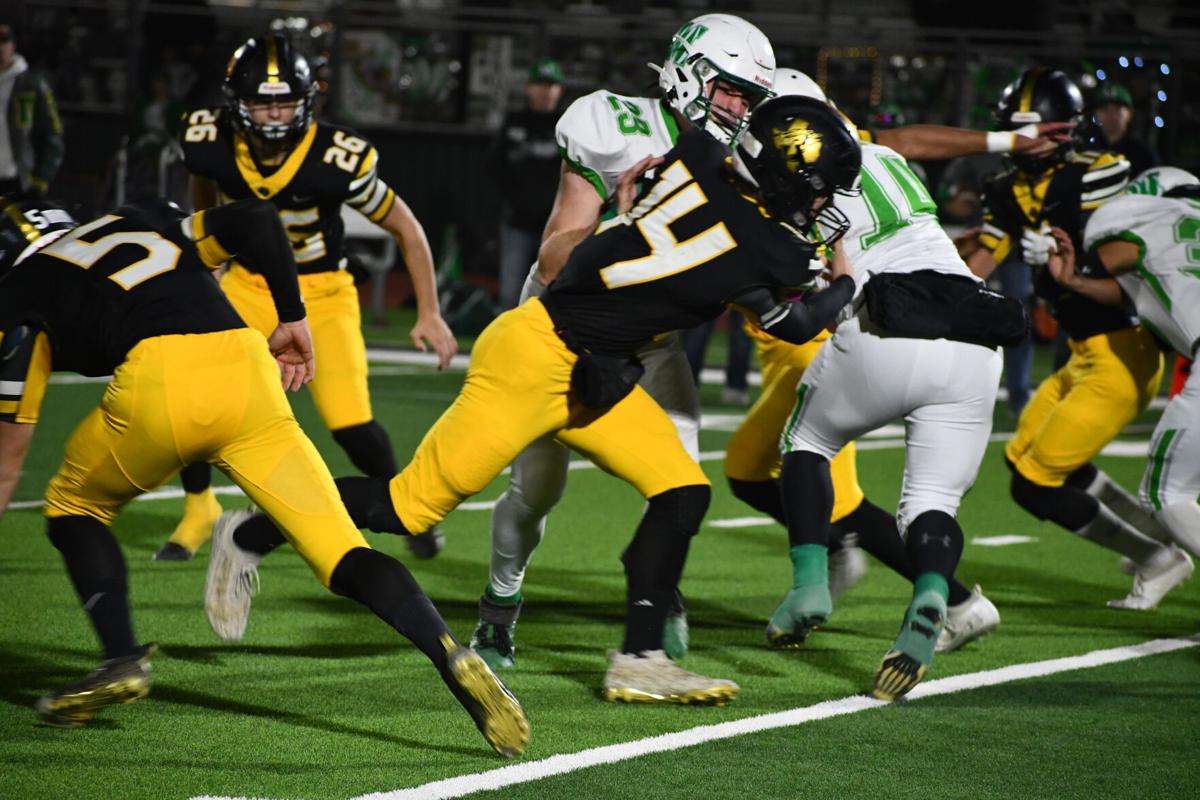 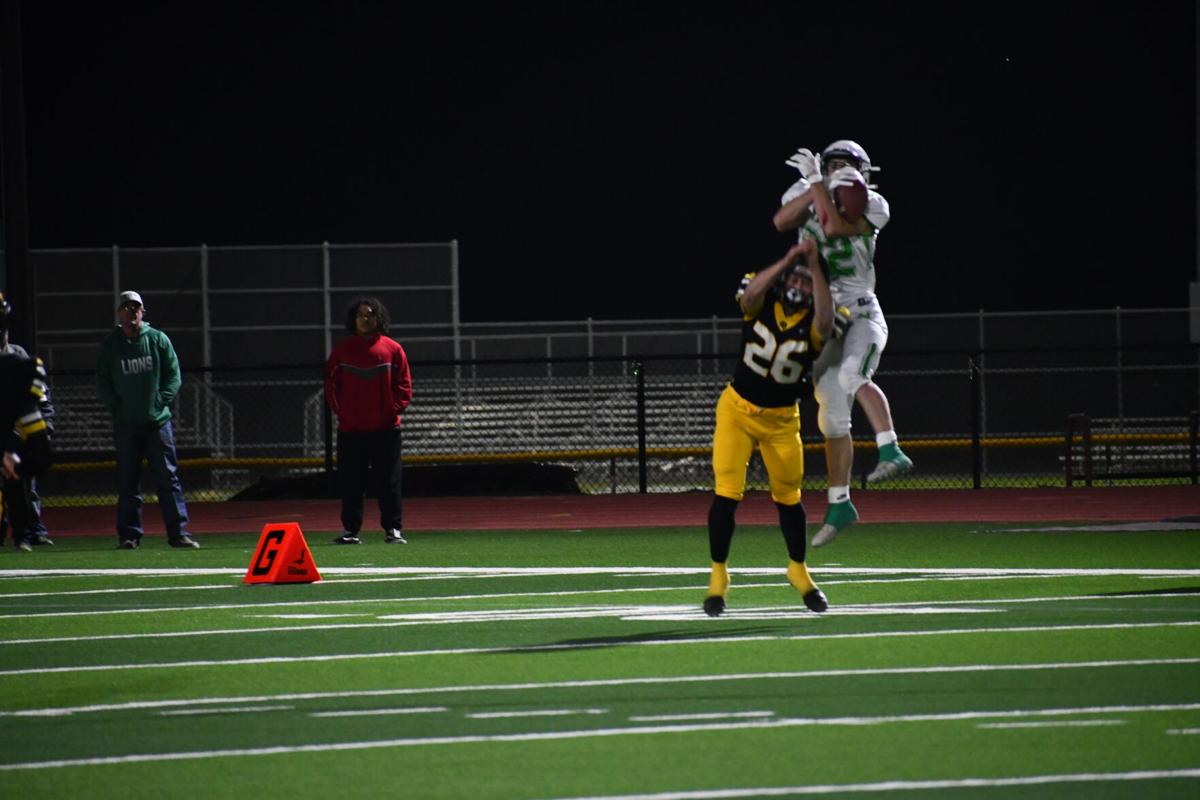 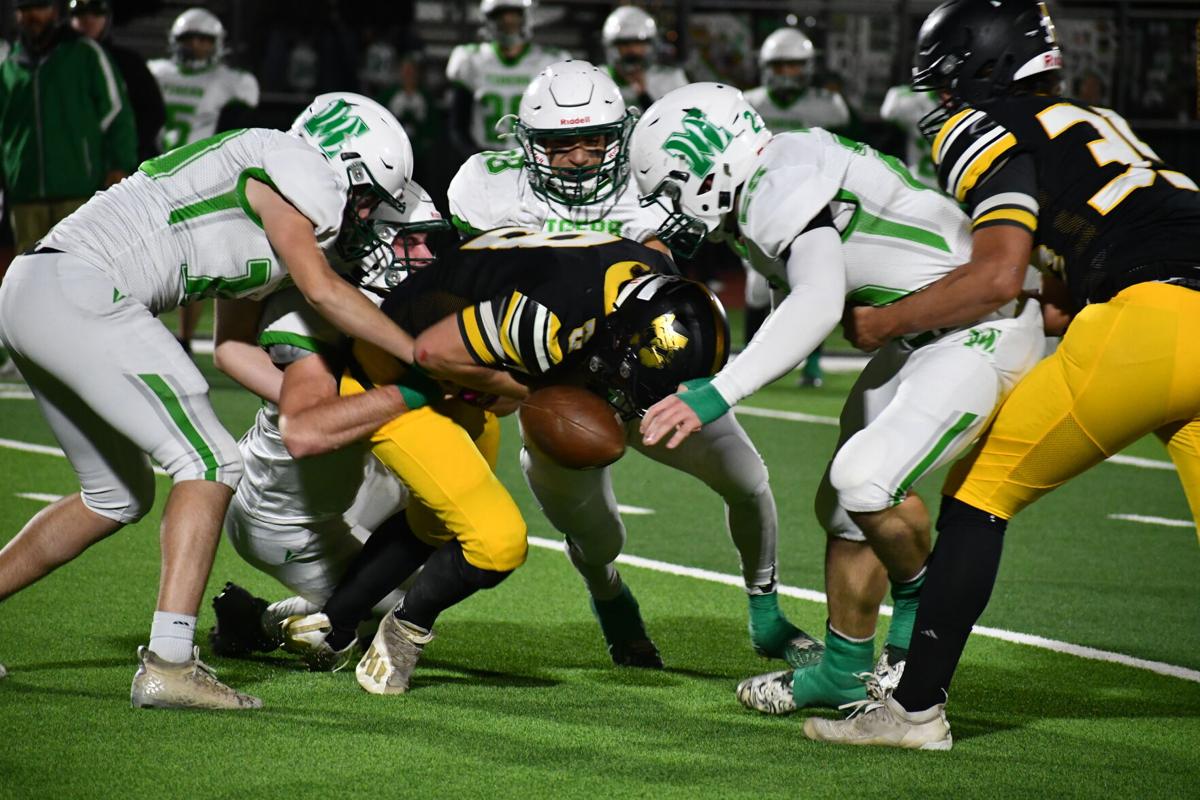 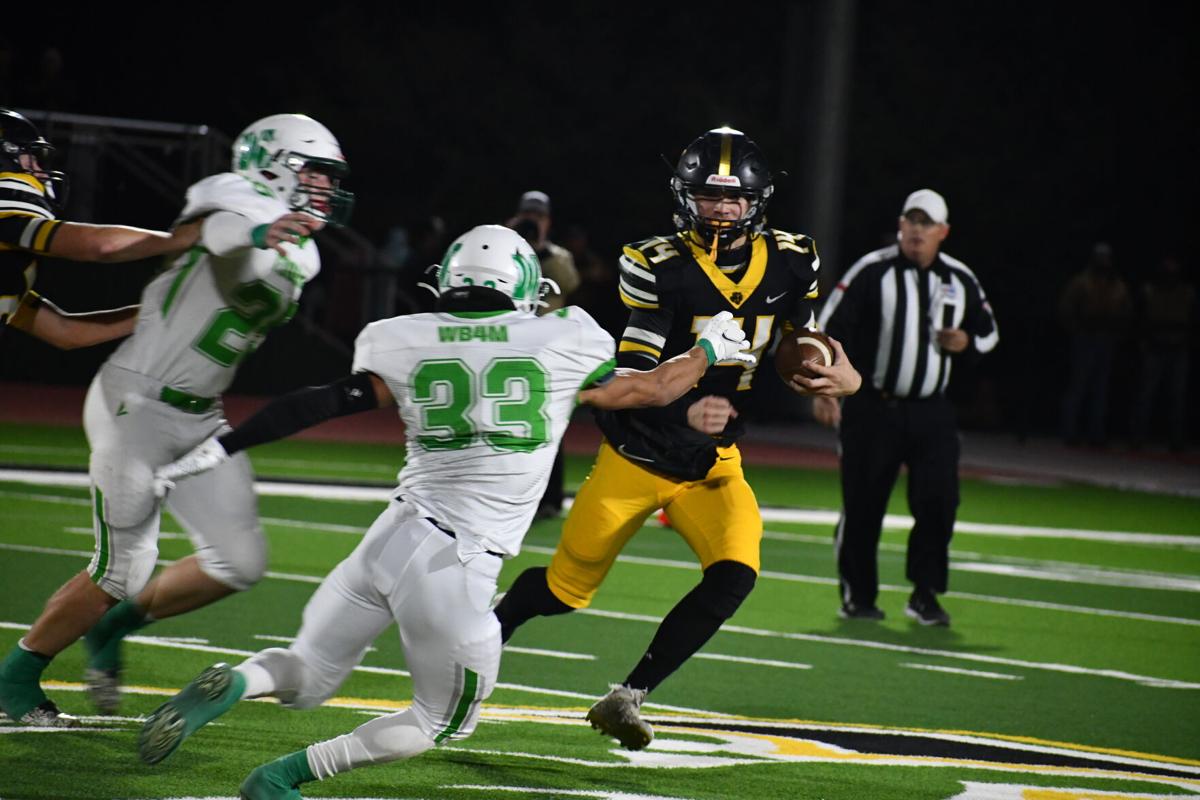 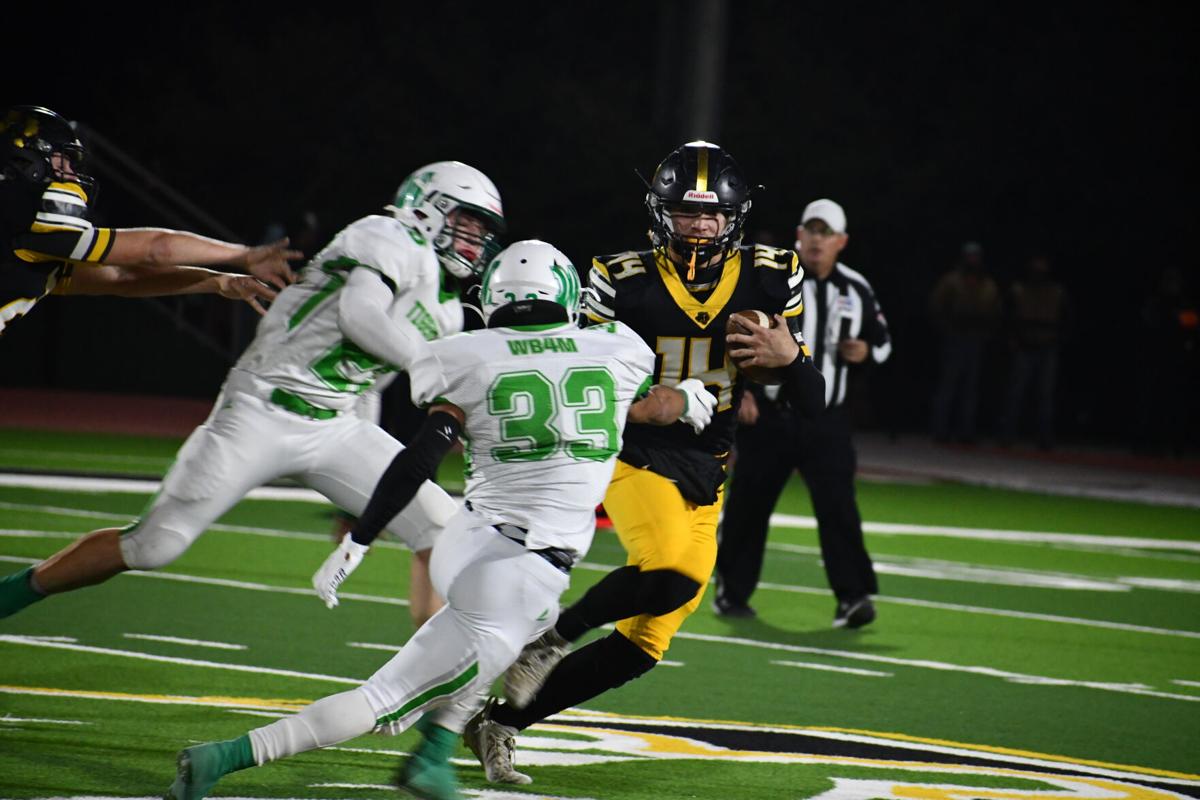 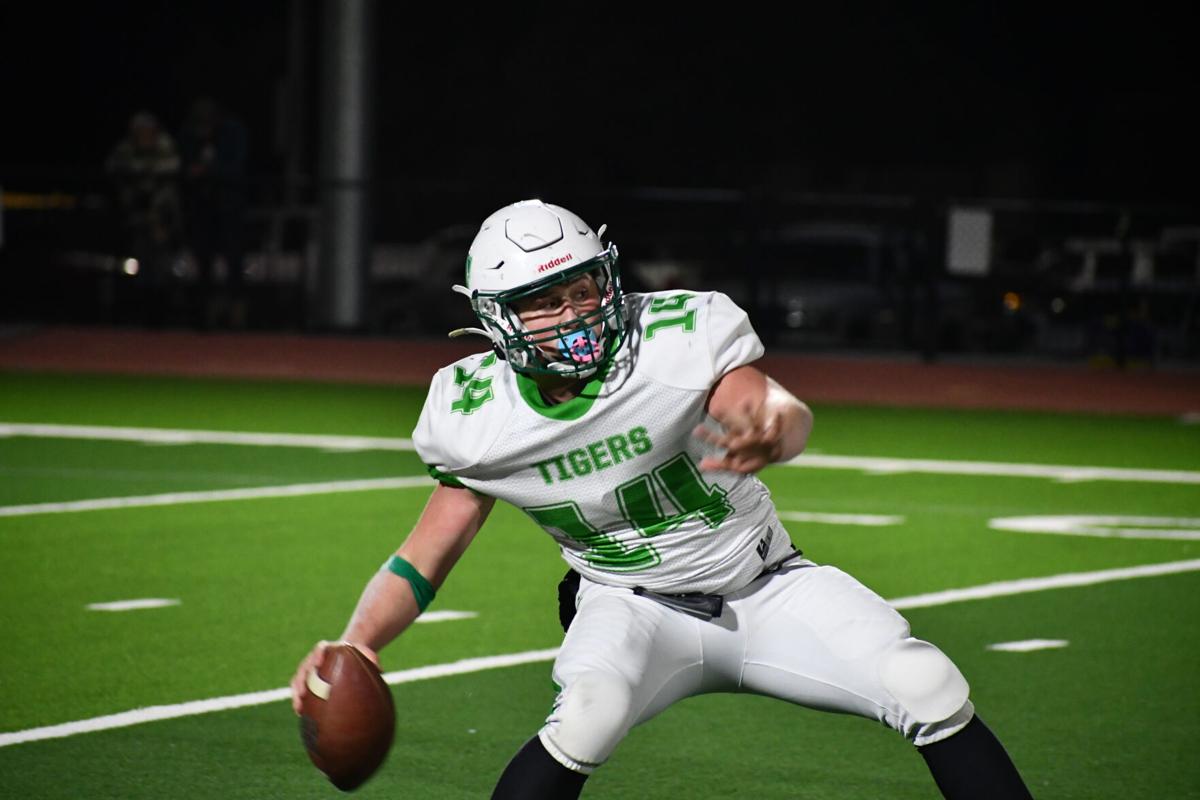 Jonesboro High School’s dream of making a deep run in the six-man football playoffs was halted Thursday in the Eagles’ 84-55 loss to the May Tigers at Dublin Lions Stadium.

The showdown of unbeatens lived up to an expected night of big plays, but three lost fumbles and an interception helped the No. 1-ranked May team take control on a chilly night in Erath County.

“That was the scouting report that their quarterback could throw it deep,’’ Jonesboro head coach Eddie Gallegos said. “They caught us in a blown coverage. That was big. We had cut the lead to two scores (32-16) and were going to get the ball to start the second half. But they went up 40-16…I’m real proud of the way we battled back and never quit.’’

Avery Williford led the charge for the Tigers with big runs and plenty of tackles.

The 6-1, 198-pounder was a force for the Tigers, but he ended the game on the bench with a shoulder injury.

In the second half, Jacob Cisneros showed his speed on a long run and a kickoff return of 75 yards.

Jonesboro forced a turnover with 9:15 left when senior Manny Torres pounced on a fumble.

“I thought we were going to make a comeback,’’ Torres said.

Torres said that losing to May twice in consecutive years is tough.

“I just want this bunch to keep up the tradition,’’ he said. “I hope they keep on working hard like we have the last four years.’’

Jonesboro junior Caleb Christel led the way for the Eagles with plenty of tough runs. He excited the crowd early with a 46-yard touchdown run down the right sideline just two minutes into the game. Torres booted the conversion for an early 8-0 lead.

On May’s second possession of the game, The Tigers tried a deep pass that looked like a potential interception by senior Nat Hilliker. Hilliker had owned most “50-50” balls this season, but the Tigers came down with the catch to set up the Tigers' first score.

May, which kept its season record perfect at 12-0,  will face the winner of the playoff game between Turkey Valley-Lometa for the Region IV title.

Jonesboro finished its season with an 11-1 record.